by No Small Children 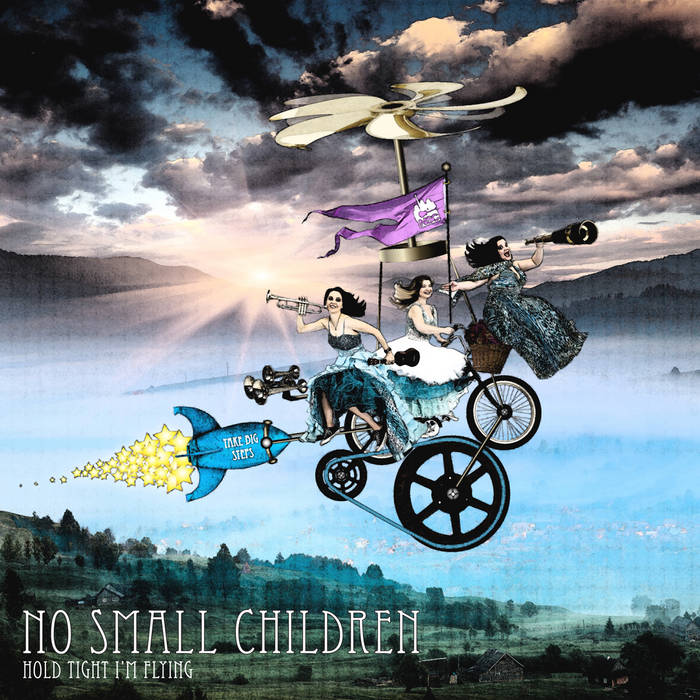 I Don’t Want It
His hands are baby soft, so boss/he’s coughing, I think he’s sick/the audience, we’re listening close to cause for his effect/his mouse a loaded gun, he’s firing with anonymity/and we go down down…/I don’t want it, I don’t need it, talk about it gotta feed it/take your stupid, your diseases, I don’t want it, I wont eat it/I don’t want it/his fingers spitting ripples from his sagging sinking sorry couch/he’s in a dark room, in a small town, in a secret house/the audience, were tuning in, ‘cause we can't help ourselves/and we go down-written by Lisa Pimentel

Welcome to the World
Pay the price to choke the life/your teacher loves you best/your might a bull, your cup so full, you’re better than the rest/play like him and play to win, until there’s no one left/you’re out of control/hey/world, welcome to this world/low life scum, your two-five-ones will put you in the game/among the sharks and know-it-alls, punk rock is it to blame?/you smell yourself, but you can’t tell, if it’s love or shame/your out of control/hey-written by Lisa Pimentel

Hold Tight I’m Flyin’
A little defensive when you ask her why/a little bit prickly, afraid of lost time/a dreamer, a cleaner, awake and alive/at times makes you laugh so hard that you could cry, when she tries to speak from the heart/hold tight to pride stop cryin’, I’ll stay home, I’m dyin’/oh/I don’t really bite/don’t wanna bite/one day we’ll stop fighting, pushed out, afraid but flyin’/oh/I’ve done good tonight/a little bit, a little afraid/her bad and her good are American made/she likes your idea, but don’t stand in her way/at times makes you not sure of what you should say/when she tried to speak from the heart- written by Lisa Pimentel

Jerk Song
What a con what a don’t what a doomer/suck it up sink it to the floor/take you down make you frown you’re a spooner/such a shame so lame am I a loser?/hell no I’m headed for the door/might fall “might get up slow” but I’ll get up for sure/full of importance full of entitled so independent in a little denial/oh, and such a jerk such a jerk such a jerk such a jerk/you’ll get your way ‘cause you’re a jerk/I’m a woman I’m a heaven I’m a super/I’m a winner I’m a take it all/so take your shame take your games take your bruiser/a lot of heart a lot of spirit lot of future/fill me up and make me feel so good/might stutter might mumble might choke/but I’ll speak up for sure/you want attention you want it your way/and did I mention that you’re totally outraged –written by Lisa Pimentel

Take it Away
Give it up for the workin’ girl, all alone in a crowded world, so busy, so worried/savin’ up for the one day off, call it in before you’ve had enough, forgetful, forgive me/sing, smile, it’s tradition, sexy, styling, your admission, ticket taker, I’m no faker/take it way, take it away, all that’s done, all that’s made up of love and mistakes/take it away, take it away, all that’s gone, all my strength at the end of the day/give it up for the topsy turv, feet flat on a not so sure, I’m dizzy, I’m falling, all I want to do is run away, not now I’ve got bills to pay, I love you, I love you/sink,swim, you’ll get dirty, blood and guts and well past thirty, ticket taker, I’m no faker/turn it up before the song is done, far away with my earphones on, turn away when you talk like that, talk back but I’m not a brat, stop laughing, stop laughing -written by Lisa Pimentel/Joanie Pimentel/Bob Marlette

No Small Children are three rockin chicks from LA that wear pretty dresses on stage and sing songs that make you feel powerful and happy to be where you are...

Bandcamp Daily  your guide to the world of Bandcamp